One of my current favorite YouTube channels is the one created by Anton Daniels.

He’s a Detroiter, for now, and has posted several fascinating videos exploring some of Detroit’s most iconic, and neglected buildings — including the Pontiac Silverdome.

On St. Patrick’s Day he shot a video in downtown Detroit’s Greektown area, in which he just quietly walked around and captured the vibe.

Check out his Urban Exploration playlist. So good.

If you had asked me how old Elton John is today, I probably would have guessed 76 — maybe 74.

Except, he’s not. He’s 74. I had written this entire post before double-checking his age. I was misled by an email from Rolling Stone magazine:

As I remember it, he was supposed to play something like seven shows at Pine Knob but came down with laryngitis and had to cancel most of them. We weren’t sure until the day of the show whether he was playing.

I can still see the two guys pacing back and forth in the aisle between the lawn seats and the pavillion section carrying a banner that read “The Bitch Is Back.” It wasn’t until later that I learned that’s one of Elton’s signature songs.

*The phrase is in the lyrics to “Nikita.”

For about 10 years I wrote a blog about the Detroit Tigers. I launched The Daily Fungo in March 2006, at time when blogs were still more or less new and the Tigers were emerging, after 20 dreadful seasons, as what first seemed like a competitive team into one that would appear in the World Series.

I’ve been going back to some of my favorite posts and polishing them up and will republish them here from time to time.

Ralph Houk was the first Tigers manager I ever knew. I paid more attention to the players then – Jason Thompson, Steve Kemp and Aurelio Rodriguez – but I now wish I would have had the attention span to listen to his post-game interviews on Channel 4 or on WJR.

I was only nine when baseball appeared on my radar so I’ll have to remember Houk, who died on July 22, 2010, at the age of 90, through the pages of my Tigers Yearbooks and media guides.

Or so I thought.

Thanks to the magic of the Internet, we can piece together Ralph Houk’s arrival in Detroit, where he presided over one of the bleakest periods of baseball in the city’s history, and displayed the least managerial charisma this side of Luis Pujols.

How bad were the New York Yankees in the early 1970s? Bad enough that their manager left the Bronx for the same job with the Tigers. That might be a stretch, but not by much. The 1973 Tigers finished 85-77, third in the six-team American League East, five games ahead of the 80-82 Yankees. So one could guess that Detroit was actually a step up. It was at least in the view of Ralph Houk, who won 970 games in New York over 10 seasons and was the successor to the legendary Casey Stengel. He would have nowhere near that success with the Tigers.

So, why would he leave New York? According to his obituary in The New York Times, not surprisingly, the reason was The Boss:

In January 1973, a syndicate headed by [George] Steinbrenner bought the team. Under CBS, Houk had a free hand on the field while Lee MacPhail handled the front-office duties. But Steinbrenner let Houk know how he felt things should be done and was overheard making derogatory comments about some of the players.

Houk resigned on the final day of the 1973 season, despite having two years remaining on a contract that paid him in the neighborhood of $75,000 per year. It would be roughly the same amount Tigers GM Jim Campbell would pay him each of the three years on his contract – which at the time made Houk the highest-paid manager in Tigers history.

So what was Houk’s vision when he came to Detroit? To erase “the thin line between losing and winning”, and to rebuild “but not make change for the sake of change.”

During his first press conference, Houk also told reporters that he wanted Al Kaline to be his designated hitter in 1974. And Kaline was the Tigers primary DH that season, hitting .262 with 28 doubles, 13 HR, 64 RBI and a .726 OPS in his final season. The mid-1970s didn’t provide Tigers fans much in the way of relevance in the American League East standings. But they weren’t expected to contend. Houk’s job was to develop the Tigers young players and clear the runway for a contender in the 1980s – if not sooner.

Though he was at the helm for one of the most dreadful seasons – 1975, when the club finished 57-102, the fifth-worst season in team history – and one of the most captivating stories of the decade, if not franchise history: Ron LeFlore’s journey from Jackson State Prison to Tiger Stadium.

Houk’s Tigers had nowhere to go but up in 1976 – and they did, winning 17 more games and improving to 74-86. The story in 1976, of course, was Mark Fidrych, who emerged from fringe prospect to national sensation and became the star-attraction on a team filled with journeymen. Fidrych, of course, went 19-9, started the All-Star Game and won the American League Rookie of the Year Award.

It was in 1977 that Houk and the Tigers began introducing fans to the young players that would become the core of the 1984 World Series champions. That season, Alan Trammell, Lou Whitaker, Lance Parrish, Jack Morris and Dan Petry arrived in Detroit to join Kemp and Thompson. The club finished 74-88 in fourth place an improvement over the fifth-place finish in 76 but not really. The expansion Blue Jays joined the American League East that season serving as the rising tide to lift every team in the standings.The Tigers seemed to turn the corner in 1978, finishing with their best record under Houk, 86-76, but dropped to fifth place.

On Sept. 21, 1978, Houk surprised the Tigers when he announced his retirement at the end of the season. The 59-year-old Kansas native wanted to spend his summers at the fishing hole, but on the way out he wanted to stick it to the media, whom he saw as never giving him a fair shake in Detroit.

“The pressure of you people, the press that’s been the toughest thing,” he told the AP when he announced his retirement. Then with a laugh he added, “You can’t slap writers any more. You can’t punch them. You can’t do anything. A lot has changed.”

“I’ve been treated so great here,” Houk was quoted by the UPI. “It’s been an interesting job but the only way I could have stayed here five years was my associations with Mr. Campbell and Mr. Fetzer.” “Truthfully, I did not intend to stay here this long,” Houk said. “It’s been gratifying to me to see some of the young players we have stuck with develop.” Check this out from the same UPI story:

Houk, 59, originally signed a three-year contract to manage the Tigers but it was replaced after 1976 with a unique self-renewing agreement that raised his pay above the average of his contemporaries and provided for additional attendance and club performance bonuses.

It also had a built-in year of severance pay should the contract be terminated by either side. Campbell had said repeatedly Houk could manage the Tigers for as long as he wanted.

Performance bonuses? Attendance clauses? And for all these years we thought the Tigers brass was living in the 1920s. Knowing Campbell’s cheapskate reputation, I’d guess those attendance bonuses were unattainable given the quality of the ball club.

All told, Houk’s Tigers teams won 363 games and lost 443 from 1974-78. Hardly outstanding but probably right in line with what Campbell expected when he hired him.

The Tigers named Les Moss, then the manager of their Triple-A Evansville club, to replace Houk for the 1979 season. As we know, that experiment lasted all of 53 games before the Tigers cut him loose in favor of Sparky Anderson.

Houk returned to the dugout in 1981 as manager of the Red Sox, a job he held until 1984. I remember thinking at the time that it had to be strange for Houk to be back at Tiger Stadium in ’84 watching many of his former players steamroll their way to the World Series. Or gratifying … or both.

By most accounts, Ralph Houk wasn’t a warm human being, particularly with the press, but he was probably the ideal man for the job. And that job was to bridge the gap between the 1968 champions and the next generation of Tigers, the guys who won the World Series in 1984. He’ll never have the legacy of his successor, Sparky Anderson, but Ralph Houk’s place in Tigers history is an important one – if often forgotten. 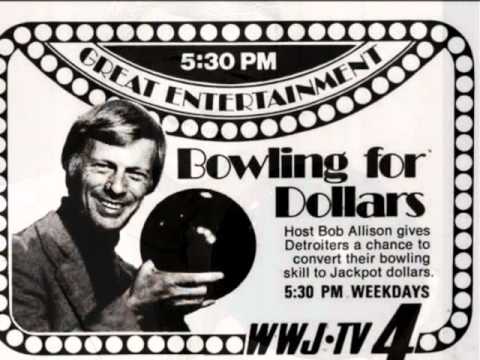 Lately I’ve been giving a lot of thought to who my all-time favorite Tigers are and who would make a tidy list. Putting together my top 10 would be easy. Narrowing it to just five would be tough, but I wanted to give it a shot.

What’s the criteria for this list? As I thought about who would make the list, I decided that this was my purely subjective list based on players I enjoyed watching play for the Tigers. For example, Mark Fidrych doesn’t make the list simply because I never saw him play — and I decided ESPN Classic and MLB Network reruns don’t count. The legend of The Bird and his place in Tigers lore is secure for me.

Here’s my list, which has been revised right up to the moment I clicked “Publish” on this post — and might change before this day is out.